The Indiana Regional Cities Initiative is helping communities across Indiana come together to transform their regions into nationally-recognized destinations to live, work and play. With employers continually stressing the need for a large, skilled workforce, Indiana is building upon its strong economic foundation to create a quality of place that attracts and retains future generations of Hoosiers.

In 2015, that need led seven Indiana regions to collaboratively create compelling strategic regional development plans that include more than 420 projects. Because of the Regional Cities Initiative, 70 percent of the state's population now lives in a region with a bold and viable plan for transforming its future.

Now, South Bend Elkhart and regions across the state are breaking ground and cutting ribbons on projects that will enhance and enrich communities’ arts, culture, recreation, innovation and connectivity.

The Regional Cities Initiative in north central Indiana represented over half a million people in 22 interconnected cities and towns in Elkhart, Marshall and St. Joseph counties. The group consists of and leverages the collective experience and services of the South Bend-Elkhart region’s leading business, academic, philanthropic and government leaders to support transformational economic development projects and strategic initiatives that will improve quality of life and spur population growth.

As part of the Indiana Regional Cities Initiative’s first phase, the state has selected North Central, Northeast and Southwest Indiana to receive $42 million each in matching funds to support their regional development plans. 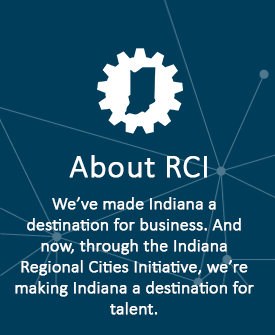 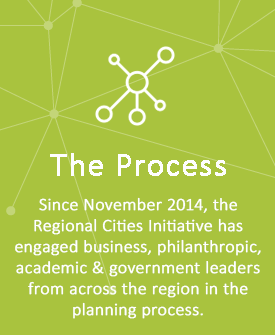 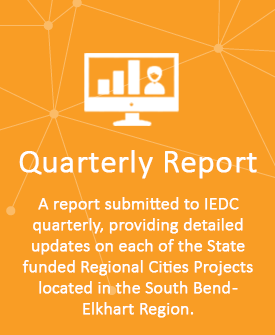