On Friday, June 7, 2019, Little BIG Idea Grant committee members awarded its seventh micro-grant to an Elkhart County resident who is younger than 18. 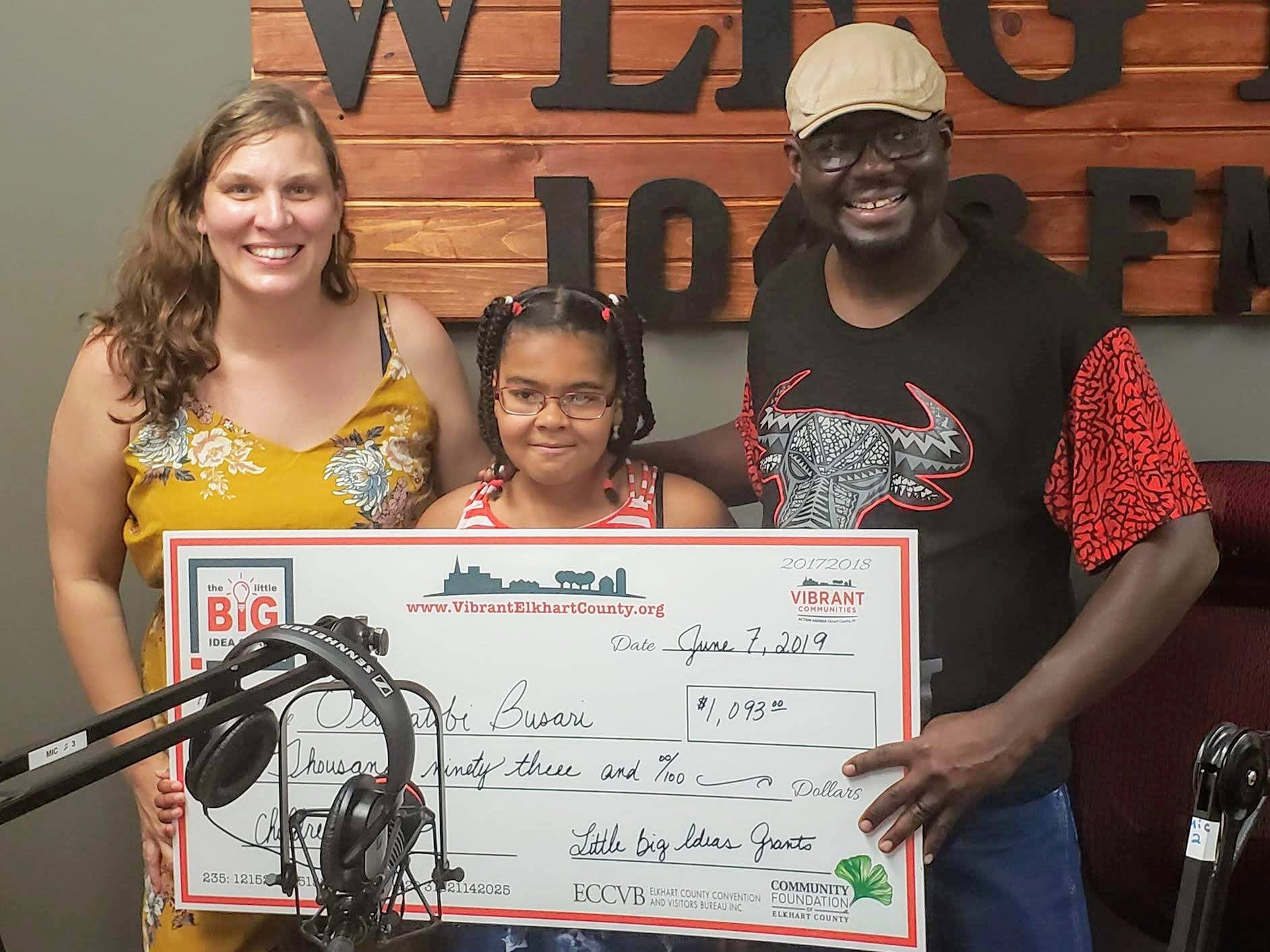 Ten-year-old Oluwatobi Busari’s project to create a regular ongoing music and information radio program aimed at Elkhart County kids will soon be a reality, thanks to the $1,093 grant. Committee members decided to cover the $93 difference between Oluwatobi’s expected cost for sound, recording and mixing equipment.

While it’s the seventh time that someone younger than 18 received a Little BIG Idea Grant since the program’s inception in 2017, there have been far more grant winners that have helped with creative, fun and engaging projects involving kids.

Among the seven grants than have gone to 18-and-younger applicants have been projects such as Jaylyn Stofleth’s Shine with Slime event in Goshen and Branston Finefrock’s Friendly Friday project in Nappanee. On top of that, 12 other projects went for projects either for students and carried about by students, including Goshen Youth Art’s Faces project, Concord High School’s Heroes of Hope and a sculpture project involving Elkhart Central High School art students.

Since August 2017, the Little BIG Idea Grant has provided $55,000 to 59 projects from Goshen to Middlebury to Nappanee to Elkhart. The grant program has helped pumpkins race down a street in Middlebury, artists mount incredible displays in Elkhart, Goshen and Nappanee, and spread positive messages of encouragement at Concord High School.

Submit your ideas at littlebigideagrant.com. Each month, a volunteer committee reviews the applications and selects exciting projects for a grant.