Increasing the Ranks of Women in Manufacturing

Through education and mentorship, women will be encouraged to pursue careers in today’s increasingly technological and innovative manufacturing industries. 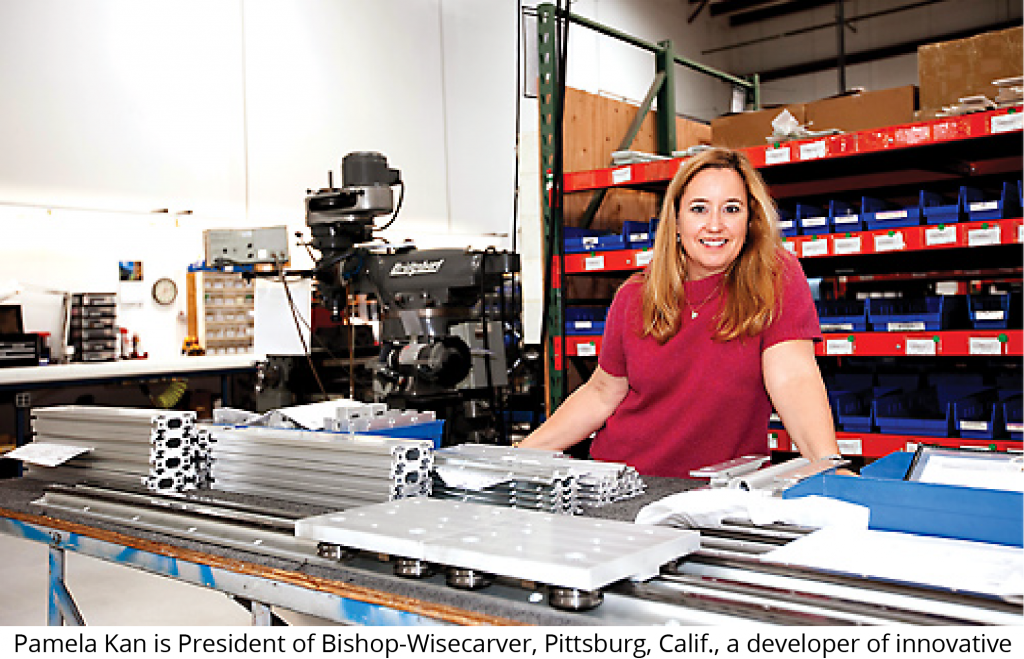 As a woman who runs a second-generation manufacturing and engineering company, I am a bit of an anomaly — a disruption to the normal pattern we tend to classify as “manufacturing.” One of my professional and personal goals is to change that notable distinction and, to that end, I talk with students, parents, educators, government officials, and colleagues to learn, brainstorm, and engage in efforts that will make a difference.

It’s an exciting time to be in U.S. manufacturing as the industry is experiencing incredible growth, supports 17.6 million jobs, is considered the world’s eighth-largest economy, and provides above average salaries. Yet, the U.S. Bureau of Labor Statistics (2014) notes that while women represent nearly half of the total U.S. labor force (47 percent),they comprise less than a third (27 percent) of the manufacturing jobs. These low overall numbers translate to low numbers of women in leadership positions within the manufacturing industry. According to 2016 data (as cited by IndustryWeek) from Catalyst, a leading nonprofit organization dedicated to expanding opportunities for women and business, women working in the U.S. manufacturing durable goods sector represent only 5 percent of CEOs, and 20 percent of executive officers.

With such obvious perks for the overall economy and individuals, why are we looking at a lack of women in the manufacturing industry? And more importantly, what can we do now to see a significant change in these numbers? I believe the key areas of focus should be education in our schools, where we can dispel the persistent myths of manufacturing and create a cultural shift in the industry that encourages current women in the industry to step up and be the brand we want young women to emulate.

Education Takes the Lead
How do we change this stagnation of women in manufacturing to adoption of manufacturing as a strong, viable career? At the start of the pipeline, the education must start early. Increasing STEM (science, technology, engineering, and mathematics) education participation and proficiency for girls starting in elementary school is a critical first step. Manufacturers must come together to create positive exposure and experiences for women at a young age. When students have some knowledge of the opportunities in manufacturing, their interest in pursuing it as a career rises exponentially. One successful program is the FIRST Robotics Competition that provides hands-on learning using math and engineering to promote STEM-based learning. According to FIRST statistics:

Mentors in the school are another important factor for success. According to “Why so Few? Women in Science, Technology, Engineering, and Mathematics” by the American Association of University Women in 2010, “Mentorship is often cited as a key strategy for exciting, supporting, and keeping students and young scientists and engineers in the fields of STEM. This is particularly true for individuals who haven’t historically participated in these areas — such as young women and underrepresented minorities.” The Million Women Mentor program was developed for “Advancing Women and Girls in STEM Careers Through Mentoring,” and they found that 20 percent of current female high school students interested in a STEM discipline say they would like to learn more about mentoring and motivational programs to help prepare them for the future.