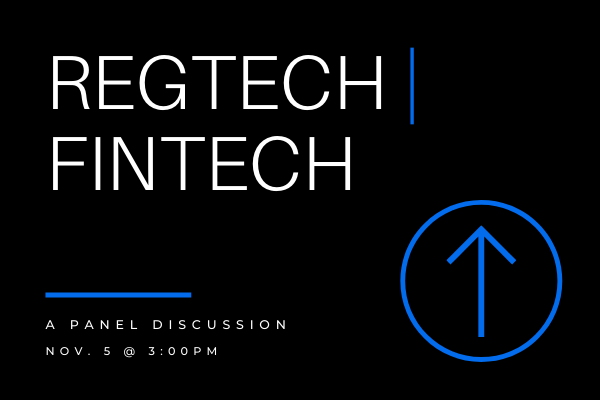 Please join us at 3:00pm on Friday, November 5th for a RegTech | FinTech Panel Discussion addressing the present and future state of blockchain technology in the RegTech | FinTech space, and its adoption in the Department of Defense. This discussion will be held in the LIFT Training Room at the South Bend – Elkhart Regional Partnership offices located at 635 S. Lafayette Blvd, in South Bend.

This is a hybrid event, to attend virtually please REGISTER HERE.

Robert Slater, COO of 10XTS, Inc.
A blockchain development company with solutions in RegTech. 10XTS is a SBIR awardee. (In addition to his civilian roles, Rob is a Major serving as the Director of Operations for a combat engineer unit in the Air National Guard at AFRL. Rob has been with AFWERX SBIR|STTR for years and is now moving into a point position for the AFRL Small Business Directorate on Digital Enterprise efforts).

Nate Miller, CEO of Consensus Networks, Inc.
Ablockchain infrastructure company that designs, builds, and supports cloud and physical infrastructure for blockchain technology serving a variety of sectors, including government, healthcare, financial, and enterprise. Consensus Networks is a defense contractor and SBIR awardee. (Nate is a former Nuclear Submarine Officer and Qualified Nuclear Engineer and USNA graduate. He is currently an adjunct professor at the University of Notre Dame in blockchain and distributed ledger technologies).

Jarek Nabrzyski, Director of the Center for Research Computing at the University of Notre Dame and Co-Founder at SIMBA Chain, Inc.
The Center for Research Computing is a joint effort of Notre Dame’s Offices of Information Technologies (OIT) and Research managing an interdisciplinary environment, where strong groups of computational and computer scientists and research programmers work side by side with scientists, engineers, mathematicians and scholars in the arts, humanities, and business and economics to create new information technology approaches to research. (Jarek has a doctorate in Computer Science and Engineering and is the former Executive Director of the Center of Computation and Technology at Louisiana State University and the Scientific Applications Department Manager at the Poznan Supercomputing and Networking Center).