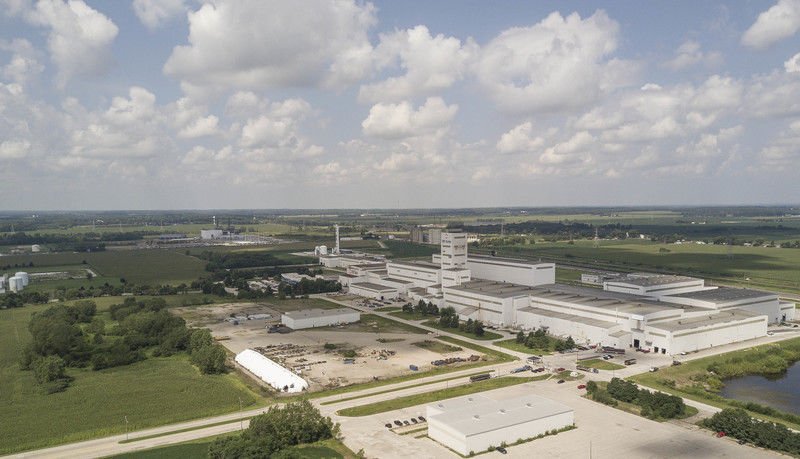 NEW CARLISLE — In recent years, St. Joseph County has invested millions of dollars to develop the rural area near here with the goal of attracting companies and creating jobs.

That trend continued on Tuesday as the county Board of Commissioners voted 2-1 to approve a $2.3 million “master plan” that calls for a variety of work to get the northwest part of the county ready for industrial businesses to set up shop.

The plan calls for hiring seven consulting firms to complete different tasks during the next six months.

Studies will be done, for example, to determine how much water and sewer capacity is available for businesses. Engineering work, meanwhile, will be done for plans that call for building a rail spur and realigning the Niespodziany Ditch along a new utilities corridor so that it doesn’t cross sites that could be attractive to businesses.

The main goal is to have at least three large sites certified by the state as being shovel-ready by mid-2018, said Bill Schalliol, the county’s economic development director.

Schalliol, who noted that several developers are interested in the area, said the county plans to acquire hundreds of acres of property to attract large projects. He said the focus is on catching “big fish.”

“Our goal is to complement the work that South Bend, Mishawaka and other parts of the county are doing,” he said. “It is not to try to lure the 50,000-or 100,000-square-foot users. This is really land for big-format users that you don’t want in the heart of downtown.”

The New Carlisle area, for example, has been identified by the state as a potential site to attract a $1.6 billion Toyota-Mazda plant. Indiana is among several states that are competing for the 4,000-job facility.

Funding for the master plan, meanwhile, will come from the New Carlisle area tax increment financing (TIF) district’s budget, which has a balance of nearly $12 million.

Much of the plan will be focused on the industrial area east of New Carlisle, where a power plant is under construction and slated to open next summer. Other work will focus on the whole northwest part of the county, which includes Olive and Warren townships.

Schalliol noted that developers want to know as much as possible about properties before committing to projects, and they don’t like unknowns. In some cases, he said, companies have decided not move forward with projects because of unknowns. But that won’t be the case when studies are completed.

“To use a fishing analogy, right now we’re kind of fishing with a bamboo pole on the shore,” he said. “We want to be the guy in the big, fancy boat with all of the fine fishing equipment as quickly as we can.”

One of the key objectives will be relocating the Niespodziany Ditch to make room for development. A study has already been done to determine a new route for the ditch. The next step will be to design plans for building the ditch, which is part of the new plan.

The goal will be to put the ditch project out to bid for contractors next spring. The project, which could cost up to $4 million, would take about a year to complete.

That project could lead to building a rail spur that would extend south from the Norfolk-Southern Railroad and follow the path of the ditch. Design and site-preparation work will be done for the spur so that is ready to be built if a rail-related company wants to move in.

At Tuesday’s meeting, Republican commissioners Andy Kostielney and Deb Fleming voted for the plan; Democrat Dave Thomas voted against it.

Thomas noted the county is facing financial pressure because of state-mandated property tax caps and said he doesn’t think spending more than $2 million on the plan is wise.

“That’s a lot of money when the county is facing some serious financial circumstances,” he said.

In response, Kostielney said, “This is exactly the right time to spend these funds. The best way to bring in revenue is to increase our tax base” by attracting companies.

County officials hope money invested in the New Carlisle area will eventually be recouped by taxes collected by companies within the TIF district. To help cover costs to develop the area, in 2016 the county sold about $9 million in 20-year bonds.