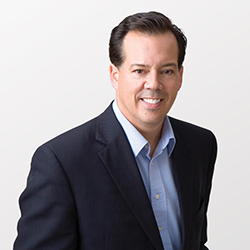 Dr. Tom Deans is the author of, Every Family’s Business -- the best-selling family business book of all-time -- selected by The New York Times as one of the Top Ten Books Business Owners Should Read. With more than a million copies sold in more than 100 countries, the book provides the framework for his public lectures and seminars. Having delivered more than 1000 speeches in 25 countries – his long-awaited sequel -- Willing Wisdom was released to critical acclaim and is already an international best-seller. This book has already inspired an entertaining new digital tool called the Willing Wisdom Index -- described as the Ultimate Estate Planning Checklist.

Both of Tom’s books deal with the intergenerational transition of family wealth. Like his books -- his talks are unconventional and contrarian.

Previously, Deans was the CEO of a large multinational family business, has worked in banking and in government relations, and has been the president of a railway. Tom has been featured in numerous magazines and journals including Profit, Money Sense, Inc. The wall Street Journal and The New York Times. A frequent guest on CNBC, Money Line and BNN, Tom is a highly sought after international public speaker on succession planning, wealth management and philanthropic giving. With his family selling businesses for more than $100 million, prepare to unlearn everything you thought you knew about business succession planning.

Deans earned a Ph.D. from the University of Warwick in England.

His speeches aren’t just about money and clever tax plans. They’re about giving people the confidence and inspiration to transition more than just assets to family and community.